a)      It must improve cognition and performance. This includes learning and memory as well as other cognitive areas relating to focus and reflexes. Certain nootropics have more advanced qualities in different area.

b)      They must also help protect the brain. This means they can also be non-toxic. If the substance improves cognition in the brain but is toxic, it is technically not a nootropic. This is a big discernment. Also, as being neuroprotective, they must help reduce the risk of damages and free radicals in the brain

There are several types of nootropics and I am going to review the basics here. You can get nootropics from multiple sources. The best are the racetam and ampakine drug classes but some people do not wish to get their nootropics from drug sources. For these people, there are some other powerful options such as herbal remedies and Vitamins. 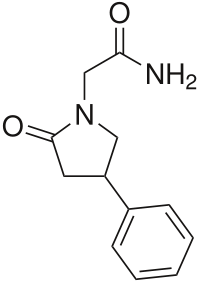 Naturally you can get nootropic benefits from foods. If you like to go this route, and do not like to administer drugs or outside supplements, eat food rich in choline. Foods rich in choline include things like eggs and meat as well as certain types of protein. You can also get a very high source of choline from a soy derivative that is fairly cheap and natural at your health food store.


Choline is important because it is a precursor for an important learning memory in the brain. You brain needs choline and the associated chemicals for a host of important body function. Eat more eggs and meat now or decide to supplement choline into your diet. This is likely to improve your cognitive performance.


Older people often have a harder time absorbing these vitamins and this often leads to their cognitive decline. This relates to the absorption rate and shows you just how exactly the B-Vitamins help and assist in cognitive performance 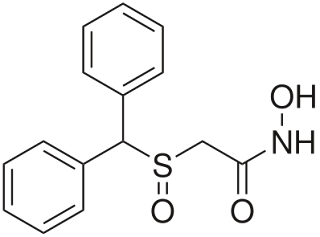 Amino acids are the building blocks of protein. They are sorted into essential and no-essential. Non-essentail just means it is not created within your body and has to be prepared from an external

source. All amino acids have some degree of importance in cognitive function, some more than others.

Amino acids mostly act as a nootropic by acting as precursors to essential brain neurotransmitters important in learning and memory.

Without many of these amino acids, your brain would not be able to produce the needed supply of these brain chemicals. This is why amino acids are important. You can obtain them from food sources but often they can be supplemented into your diet from sports supplements. These raw sources give you a great array and range of amino acids to get full nootropic benefits.

Some people discount herbs as being potent nootropics. This is simply not true as a lot of powerful drugs are often derived and synthesized from herbal extracts and remedies. It is also a common myth that all

herbs are safe because they are natural and this is simply not true. Some herbs can be dangerous and have interactions just like drugs do.


Regardless, there are still some powerful nootropic herbs but they should always be taken with caution and should not exceed the recommend dosages. Below are a list of nootropic herbs and their basic functions.


Huperzine A: This nootropic herb is ver strong. It is belived to work by counteracting a chemical in the brain that reduces the efficiency of nootropic neurochemicals and their receptors. It is a partial antagonist and works very well in conjunction with other therapies. Be very careful will this herb as it has side effects and should not be mixed with certain substances.


Bacopa Brahmi: This is a traditional Indian herb that has been known for decades to be a potent nootropic. This herb works as a precursor to chemicals in the brain that help with neurological function. It actually works almost like a drug and is very potent by itself but is also great to stack. You can get it in raw form as an extract or by itself but it is slightly bitter tasting.


These are just some of the herbs but there are many man others. These ones are the best. I considered adding Ginko Biloba to the list but I think it’s a scam. It is said to have nootropic actions but there is data to argue with this. For this reason, I have not added to the list however you can find more information online about other nootropic herbs. Stack em and Rack em! 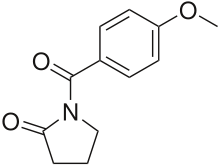 Drugs are a very strong source for nootropics. Some people worry about drugs but nootropic drugs are actually fairly safe. They have low toxicity and side effects. Also, tolerance and withdrawal do not seem to be an issue which is always a concern. Just like with the herbal supplements, side effects can occur so use with care. These side effects are usually not concerning or serious however it is always good to watch out for this.


At the moment there are two interesting compound. Ampakines are one drug class that is being highly investigated and has not been approved to be used as a nootropic. There is high promise in the ampakine class however there is limited data at the moment to prove they help in human trial. The second group is the racetams and these nootropic drugs are actually in the ampakine class as they also affect groups of the same receptors


Racetam have been around for many years. In many countries they have not been approved but in others they have valid medical uses and can be available to you by a doctor’s note. There are several types in the racetam family and they all have similar methods of action. Some of the common types are: Piracetam, Aniracetam, Oxiracteam and Pramiracetam however there are many others.


Using these nootropic drugs alone, or by themselves can be very beneficial. They stimulate receptors in the brain without causing stimulation like other drugs like caffeine. They are true nootropics and safe for human use. It is recommend to get enough choline, or even to use a supplement when using racetams. They really approve efficiency of receptor site that accept choline and therefor your brain demands more of it. If your body doesn’t have enough choline when it is using racetams it can often cause side effects such as headaches.


There is one last type of nootropic drug. It is usually considered a racetam as it is closely related however it is technically a peptide derivative. This nootropic substance is known as Noopept. It is being investigated highly in the medical field as it may stimulate NGF and could lead to repair of damaged cells in the brain. This is just in the investigational stage but it is highly promising. One thing with Noopept is, one needs to be careful because it is highly potent, much more so than racetams. This could lead to overdose and nasty symptoms. No deaths have been recorded however it is still good to keep in mind if you take.

I hope you liked my article on a review of the types of nootropics and racetam drugs. This article only scratches the surface on nootropics and constant posts will be coming up to inform people more. Nootropic stacks still need to be covered.

When one is considering nootropics they must know that they come from a diverse range of sources. Also they must know that they can be safe when used properly. The best idea is to go to a real nootropic blog and get the full information if you plan on taking nootropic drugs as part of your routine. The best idea is to find a trusted retailer who supplies high quality powders. Enjoy!